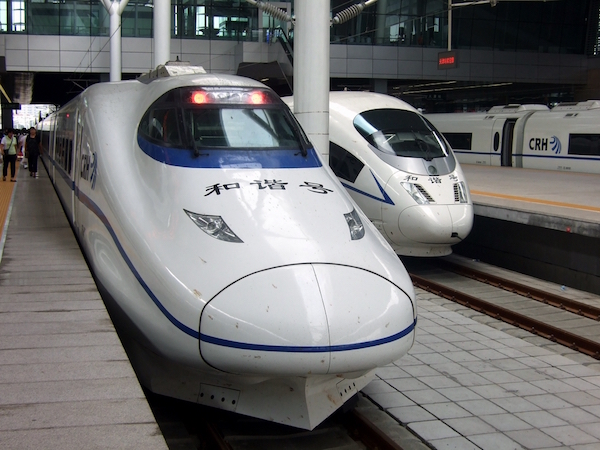 I travel by train to different cities during my China trip this time.

Train is one of most used and busiest public transits in China. Chinese New Year is the busiest time for trains, because that’s the time when people go home for a big family gathering of the year. At that time, people are trying to get train tickets like crazy. Of course, buses and flights work too, but they take far less people than trains.

I can’t help but think why railroad was popular in the US only till the mid 20th Century. I know there are a couple of train lines across some cities, but in general, it seems like American people favor driving and flying more. One of the reasons may be the significantly less population spread over the US and very well developed highways, thus there’s fewer needs for trains. Secondly, with the high costs of operations, few people take trains, it’s not worthy building trains as frequent transit. Moreover, compared to trains, taking flights saves much time. These may be some of reasons why long-distance trains are not popular in the US.