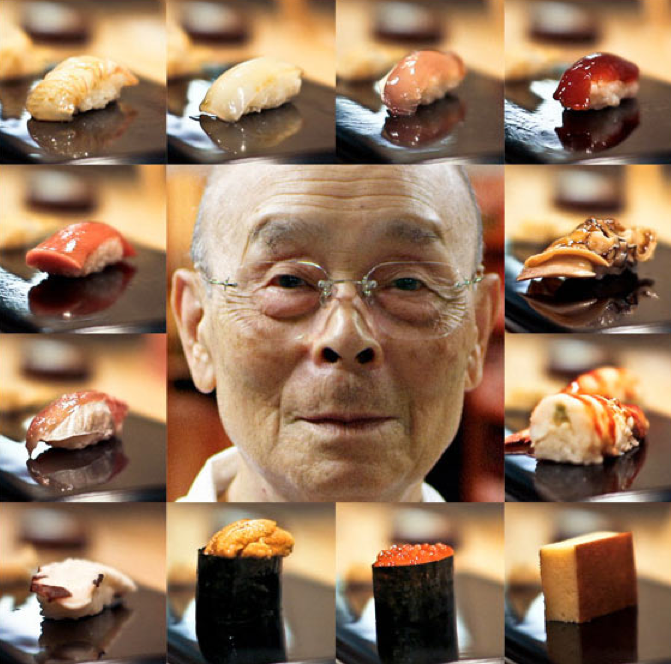 Jiro Dreams of Sushi, a 2011 documentary film on a Japanese sushi chef, is worth watching. Jiro Ono, the sushi chef, has been working on sushi for more than almost 80 years. His sushi restaurant Sakiyabashi Jiro has been awarded 3 stars by the Michelin Guide.

Everyone sees different things from this film: some might say Jiro is a respectable chef, because he treats sushi as an art — to bring out the best taste of octopus, he massages it 40-50 minutes before serve; some might say he’s a workaholic who strictly sticks to his routine; some might say he is a harsh father, as he requires his two sons to follow his steps; and some might say it’s too hard to be his apprentice — you have to be willing to spend at least ten years on cleaning fish, using knives, cooking rice and other basic stuff.

Two things said by Jiro stuck with me, that I can related to my work, and many other things in life: