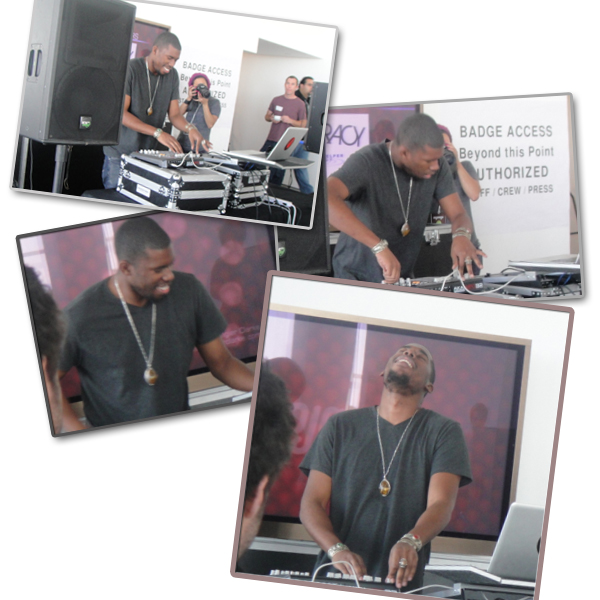 Yesterday I attended an event which celebrated the upcoming Grammy Awards 2011. During this event, what impressed me most was a DJ from the KCRW radio station.

He was “playing” music for us during lunch for about one hour and a half. Obviously he was extremely enthusiastic about his job. Actually this was my first time to see a person playing with such awesome, strong, rhythmical music without any instrument! Well, he was so familiar with the DJ control pad to add drum sounds and many more to a series of music and customized them into his own. I think almost all the audience just stopped eating and started watching him. Excellent.

I was so moved by his appreciation of his job. He seemed totally immersed in his music world. I am wondering how he started a job as music DJ, how many years he spent to make it so awesome, and what hardship he met to do such a career – this is definitely not one of the mainstream jobs.

It was so fun to enjoy such great music as well as the music player, and especially happy to see that the player enjoyed himself so much! Hopefully we all will find something that we really love to do, and make it awesome!