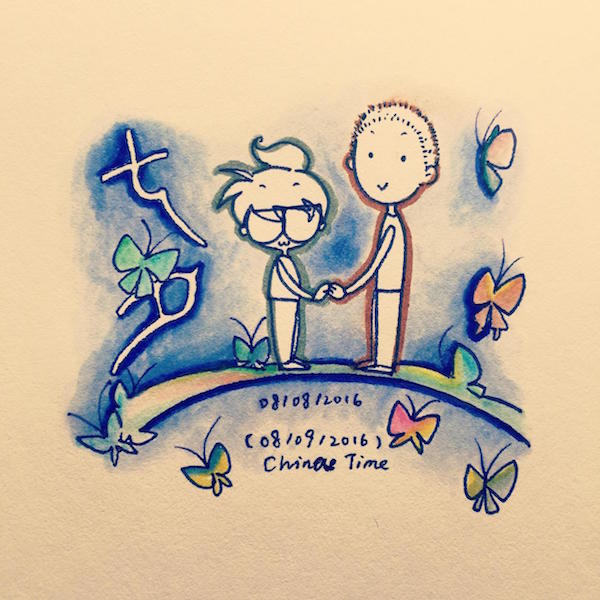 In China’s time (15 hours ahead), today is Qixi Festival 七夕节. This originates from a love story between the cowherd and the weaver girl in the Chinese mythology. Their love was not allowed and thus they were banished to opposite sides of the Milky Way. Once every year, on the 7th day of the 7th lunar month, they met each other on a bridge formed by a flock of magpies.

This made me think of the story of Yanbin and me. It’s been just a little over a year since we got married.

Last year, after more than five-years’ long distance relationship, literally thousands of miles apart from each other, he came to the USA from China to join me. Compared to that, the decision of getting married was really not that big.

After that, we kicked off our wedding ring shopping. It was not easy for me, because I’m kind of the tomboy type of girl and I thought whatever was fine, as long as it was not too ugly. But he was very picky on this. He insisted that mine should be the ring of dreams, and his can be something simple and cheap, because, well, guys are simple.

Both our families were far back in China, and we didn’t have the time or money to plan a big party, so we made our wedding ceremony very simple. We got our marriage license from the local county clerk office, then held a quick ceremony in a rose garden nearby, and enjoyed cup cakes with three friends. Simple, but happy.