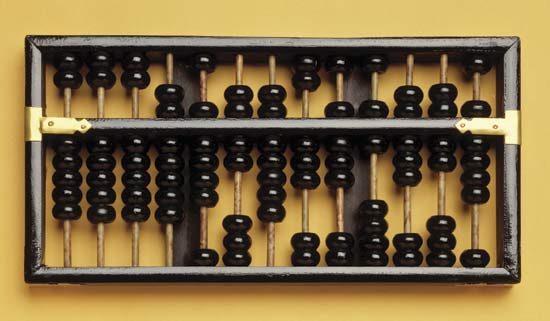 The Computer History Museum in Mountain View is a gem. It covers comprehensively how modern computers were developed step by step: from the ancient method of using ruler-based devices, to abacuses, to electronic calculators, all the way to the modern computers, and related technologies like games, Artificial Intelligence and even a prototype of Google’s driverless car. Great knowledge.

I know that the invention of modern computers was based on numerous tools that came before it, but I didn’t realize that the abacus was one of them.

I don’t know whether kids in China are still learning how to use it — when I was in primary school, we had a required class on abacuses, and I. Hated. It. It was one of the hardest and most confusing classes ever. I didn’t know why we needed to learn it and how that was going to be useful, since there were plenty of calculators to use, even I can calculate faster in my mind than pushing those silly beads.

Now that I know that abacus had played a very important role in the pre-computer era, I feel grateful that I can still remember how to use it for simple operations. I wish I could have had some idea about this back when I was a kid, to learn about why abacus was important and how it was one of the important stepping stones for inventing the computers. That way I may develop more interest in it.