Terra-cotta Warriors and Horses is a very famous tourism spot in Xi’an, China. They are real-life-size clay figures buried with Qin Emperor, the first empire of the ancient China. It’s a masterpiece from more than 2000 years ago and one of the Eight Wonders of the World.

Each single one of them was very delicately designed, baked and assembled. Well, at that time, if any of them were not the best they can be, the makers can be killed by the Emperor. When they were dug up from underground in the 1970s, some soldiers and horses had colors. Unfortunately, the colors fade quickly as they were exposed to the air. There were still undiscovered ones for the purpose of preservation.

What’s really interesting is that the soldiers and horses were positioned underground in a way that they were preparing the Emperor and ready to fight: soldiers are in groups and generals are having meetings. It’s amazing design, just imagine it, in a world that’s 2000 years ago.

What was sad was that at the end of the Qin Dynasty and after, some people burned parts of soldiers and many broken down. We can still see the burned area now.

The cost to recover every single soldier is enormous, about several hundred thousand Yuan. Thanks to the investment from the government, it has become one of the most popular visiting spots in China. Each year, it welcomes 7 or 8 million visitors. This makes a great amount of money for the Museum and helps it remain a great wonder. 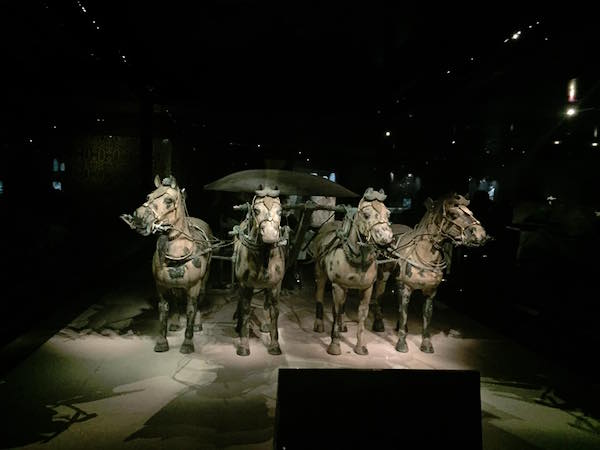 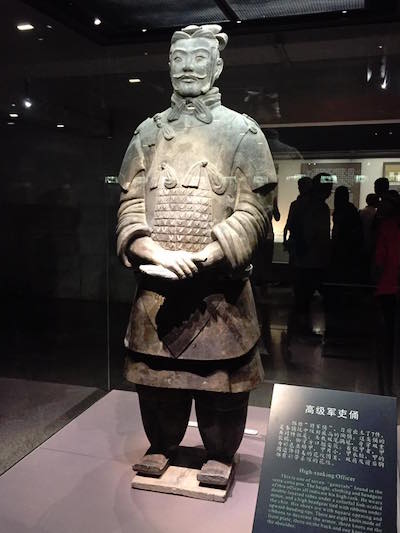